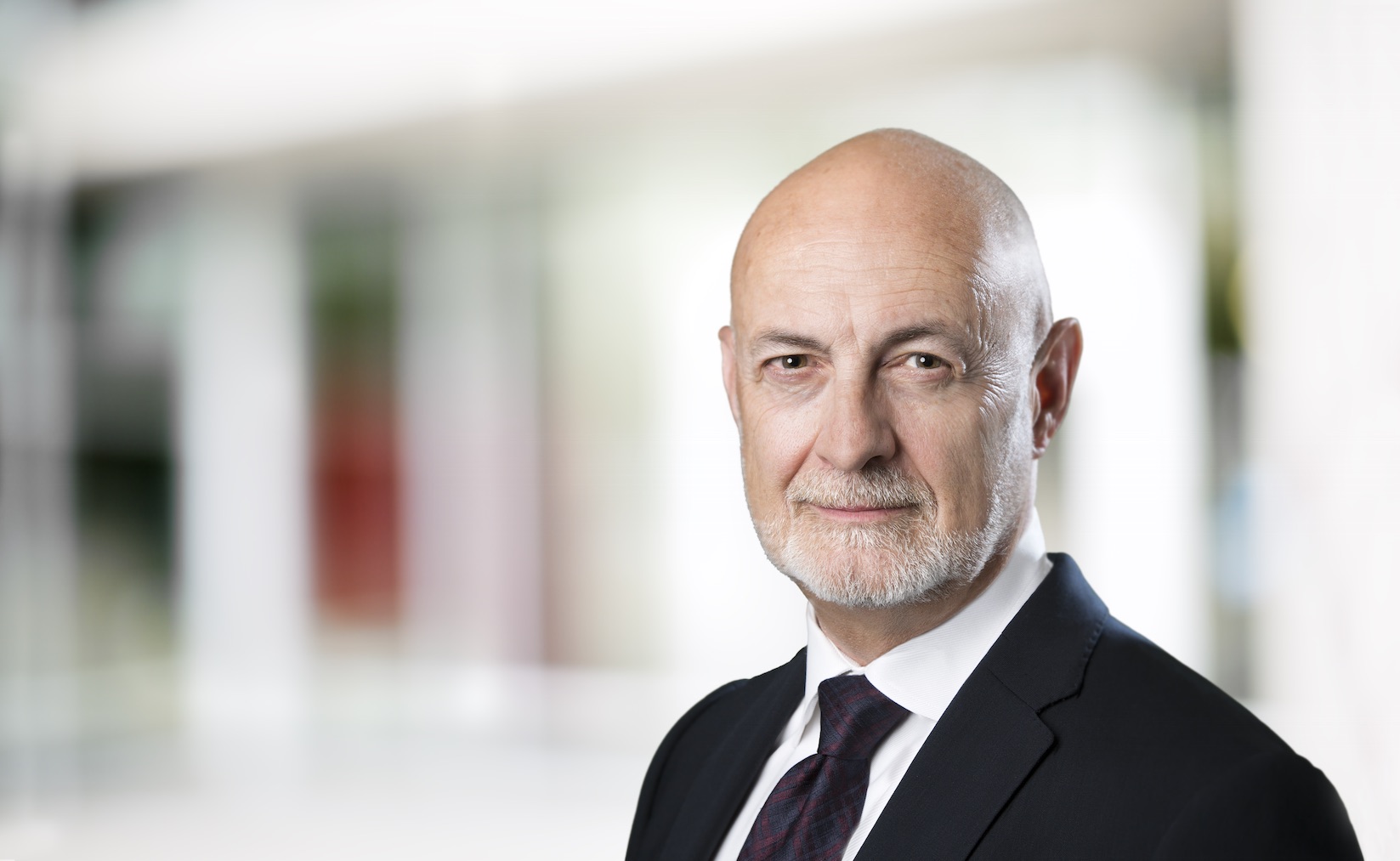 Don obtained an undergraduate degree from the University of Alberta in 1981 and a law degree from the University of Victoria in 1984. He was called to the Bar of British Columbia in 1985 and now has represented clients in the courts of BC for over thirty years. He has successfully obtained several multi-million dollar settlements and verdicts for seriously injured people throughout Western Canada.

Don’s sense of accomplishment is derived from verdicts and settlements which improve the lives of his clients. To this end, every year Don attends or presents at advanced trial advocacy and medical malpractice conferences throughout Canada and the United States. His extensive trial experience, network and training relieves pressure to settle if a more appropriate amount is obtainable through either jury trial or trial by judge alone.

He is keenly interested in social justice, public safety and quality of life issues for people with disabilities. He has developed a special interest and commitment to the families of children who have suffered brain injury and cerebral palsy due to birth trauma and medical negligence.

Don was President of the Trial Lawyers Association of BC (2001-2002), having served for many years on the TLABC Executive Committee, and later as Governor. He regularly lectures at TLABC-sponsored seminars and contributes to its legal journal, The Verdict.  In addition, he is a member of the Ontario Trial Lawyers Association and its Medical Negligence subsection. He is also a member of the American Association for Justice, including its Birth Trauma and Medical Malpractice litigation groups. 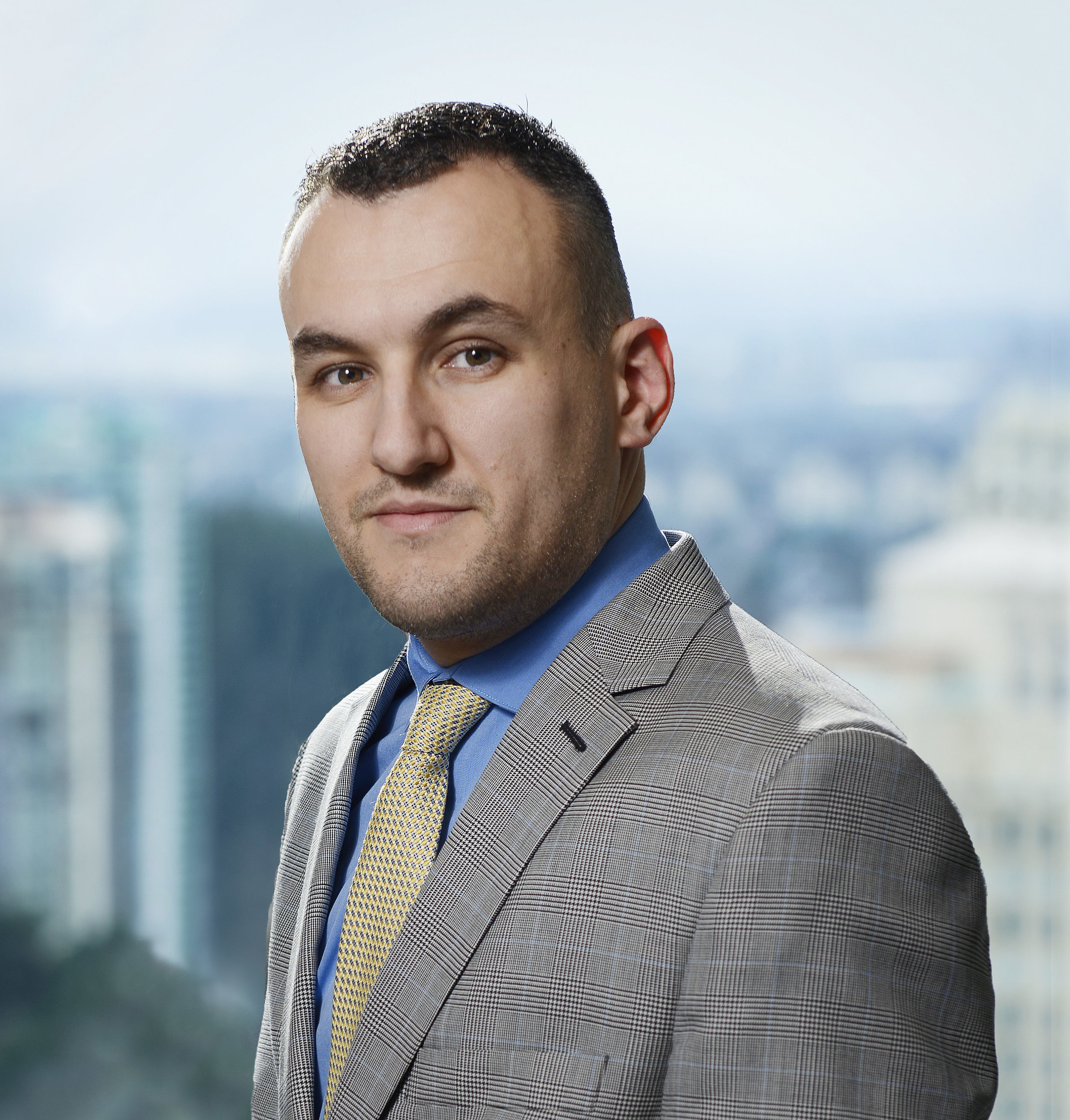 Mark’s experience as a litigator includes time as both a criminal defence lawyer as well as a federal prosecutor. His trial work has taken him around the province, and has involved cases in front of both judge alone and juries. He has appeared in front of the Provincial Court of British Columbia, Supreme Court of British Columbia, British Columbia Court of Appeal, and Federal Court of Canada. He has also been a guest instructor at RCMP search warrant courses, a clinic supervisor with the UBC Law Students Legal Advice Program, and a moot judge at the UBC Law School.

Mark also has an extensive volunteer background, having been a soccer coach and referee for many years. He is a past chair of the Mountain United Football Club, serving competitive youth soccer players from Burnaby and the North Shore. He was also one of the founding governors of the British Columbia Soccer Youth Premier League. He maintains a keen interest in amateur and professional sport, particularly youth soccer and collegiate football.

Chris developed an interest in advocacy through his involvement with the Law Students’ Legal Advice Program during law school, where he provided free representation to low-income clients across a variety of legal matters. His litigation experience includes appearing before various tribunals, the Provincial Court of British Columbia and the Supreme Court of British Columbia.

Chris articled with Renaud Law Group in 2019 where he provided support on complex cases involving brain injuries, orthopaedic injuries, birth trauma and cerebral palsy. He joined the firm as an associate in 2020 and is primarily focused on medical negligence cases. He is committed to righting the wrongs suffered by innocent people, ensuring their dignity is respected and that they receive proper compensation. His diligence, analytical skills and empathy enable him to provide superior junior counsel work.

Chris volunteered as a medical first responder with St. John Ambulance for several years, providing first aid to communities around the lower mainland. In his free time, Chris enjoys the outdoors and often hikes the local mountain trails. During the winter season, he can be found snowboarding down those same trails. 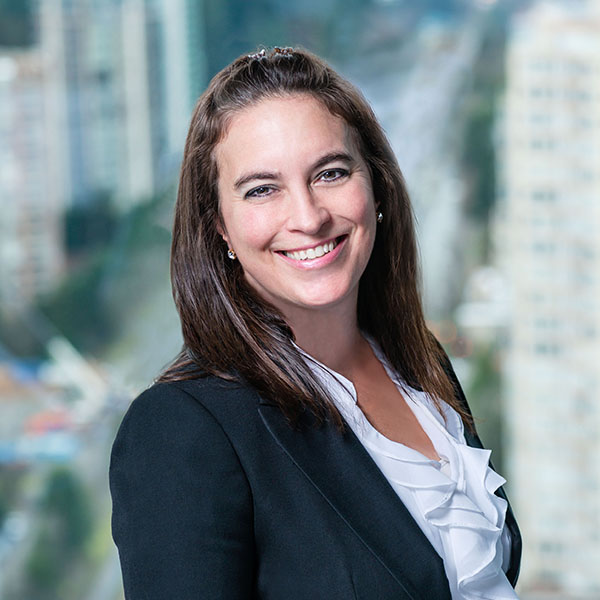 Maida graduated from Capilano University’s paralegal program in 1994 and has worked consistently as a paralegal since that time. She currently assists Don with complex medical negligence files, including birth trauma and cerebral palsy cases.

Among Maida’s responsibilities are case investigation, documentary disclosure, legal document preparation, legal research and analysis, trial preparation, and witness interviews. Her work ethic and commitment to the firm’s clients are second to none. 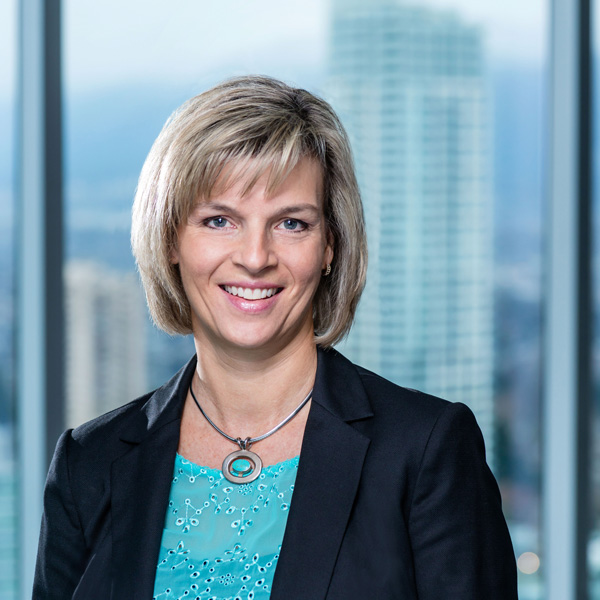 Lisa is involved in the process from initial client consultation to follow-up with clients post-settlement or verdict. Her responsibilities include case investigation, documentary disclosure, legal document preparation, trial preparation, and witness interviews. Clients find Lisa to be personable, kind and exceedingly competent. 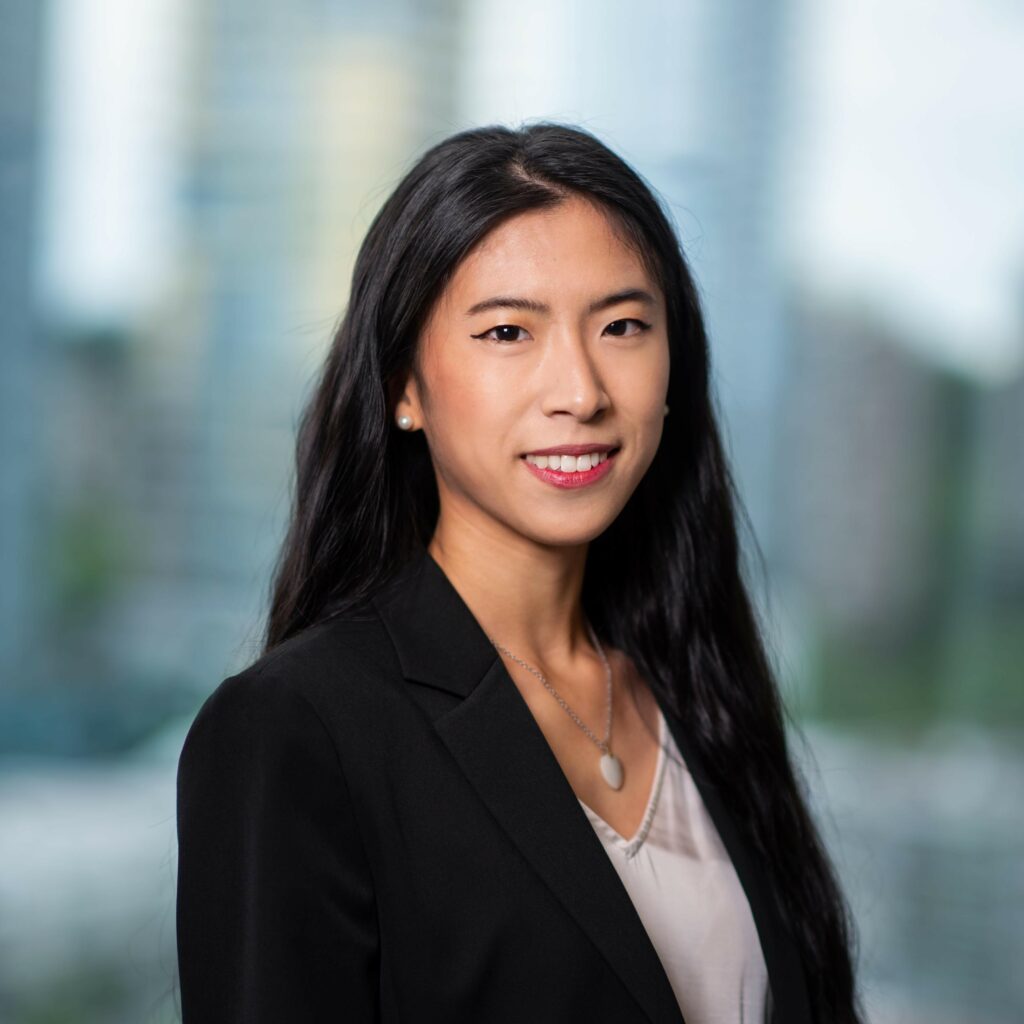 Melissa obtained her Bachelor of Arts at the University of British Columbia with a major in sociology.

After completing her degree with UBC, Melissa decided to further her education by pursuing her interest in law. She completed the paralegal program from Capilano University and has since been with Renaud Law Group.

Melissa assists the firm with medical negligence files. Her duties include case investigation, documentary disclosure, legal document preparation and trial preparation. Melissa’s positive nature creates a safe and inclusive environment for everyone around her. 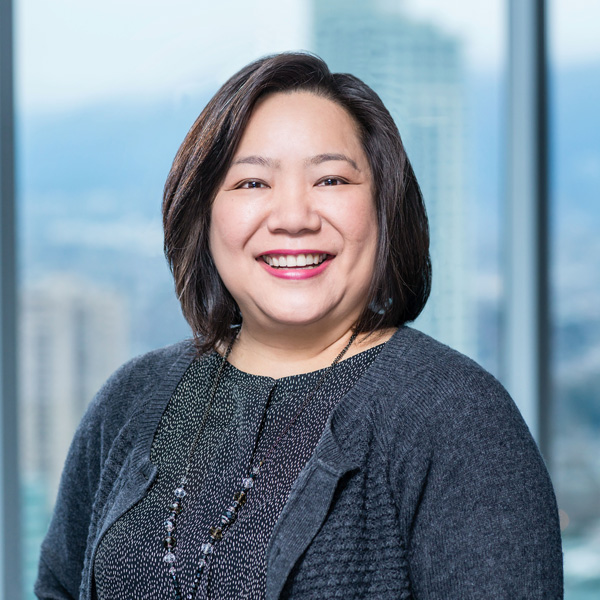 Hoi’s can-do attitude and array of talents, from computing to administrative skills, make her an essential member of the team. Hoi holds a Bachelor of Arts in Computer Science and Psychology from Flinders University (Australia) and is conversant in Cantonese and Mandarin. In her spare time, Hoi is an avid baker. She regularly delights the office with her Martha Stewart-like creations. The firm is very supportive of this hobby. 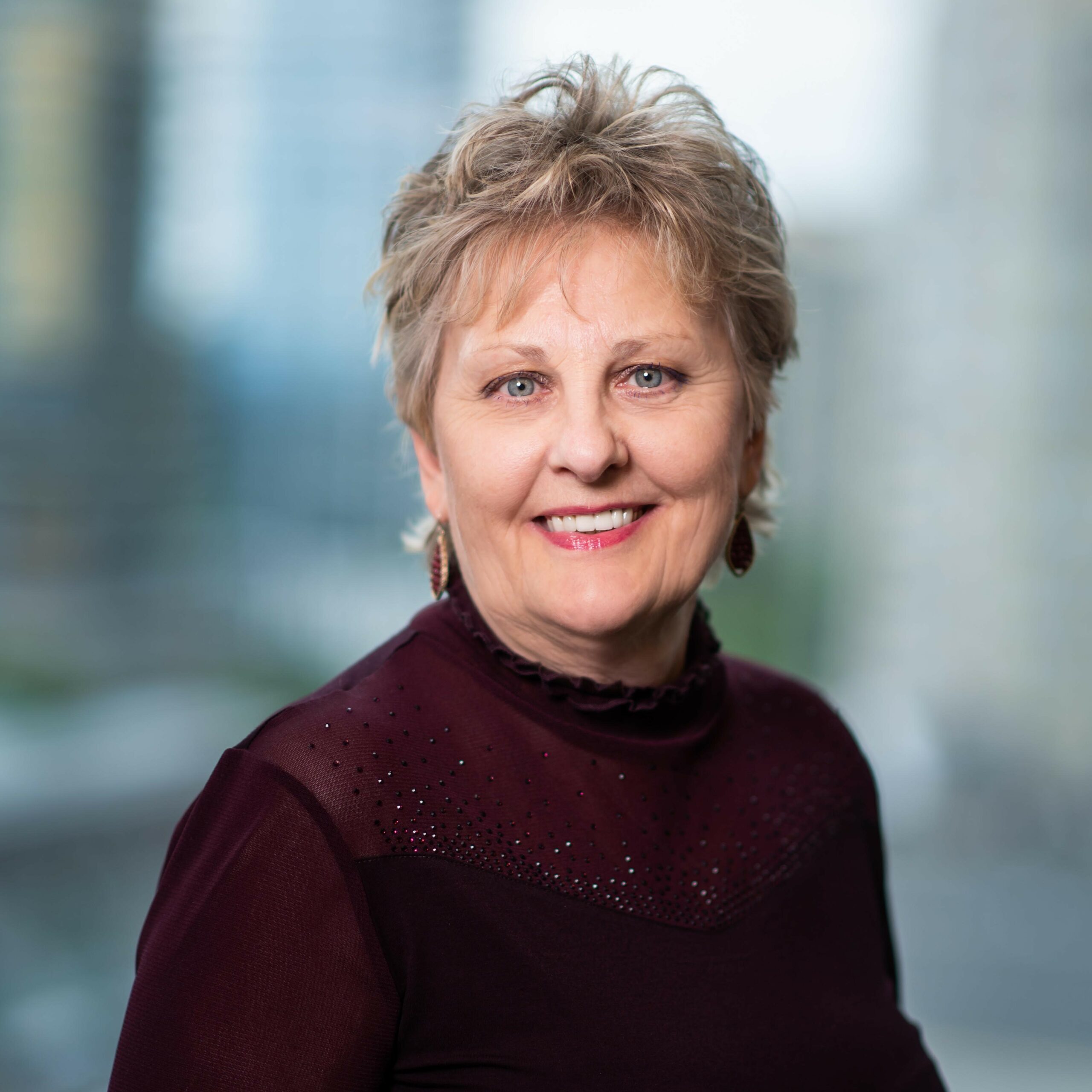 Elsie brings on board over 30 years of office administrative experience. Her compassionate nature and listening skills are essential in assisting with telephone inquiries of those whose lives have been impacted by serious injuries. Her alternative passions are spending time with her family and travelling.

Get in touch to discuss your potential case today

View All Posts
Scroll to Top